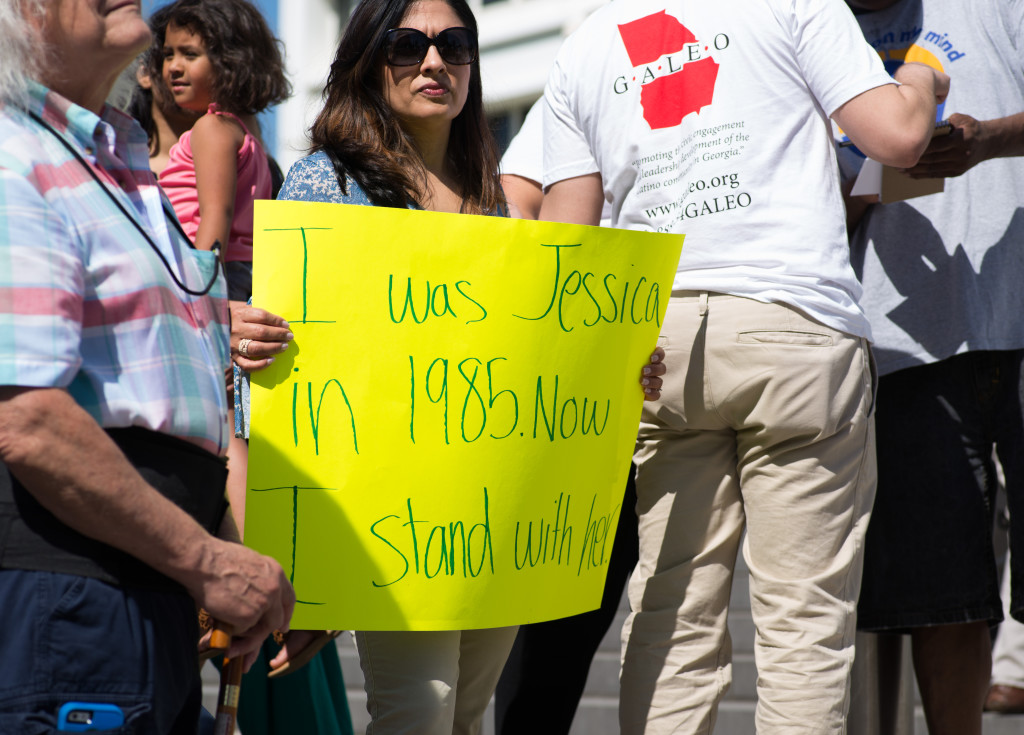 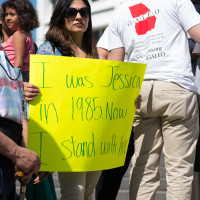 A protester showed her support for Jessica Colotl at a rally Saturday to protest her Dreamer status being revoked by U.S. Immigration and Customs Enforcement. 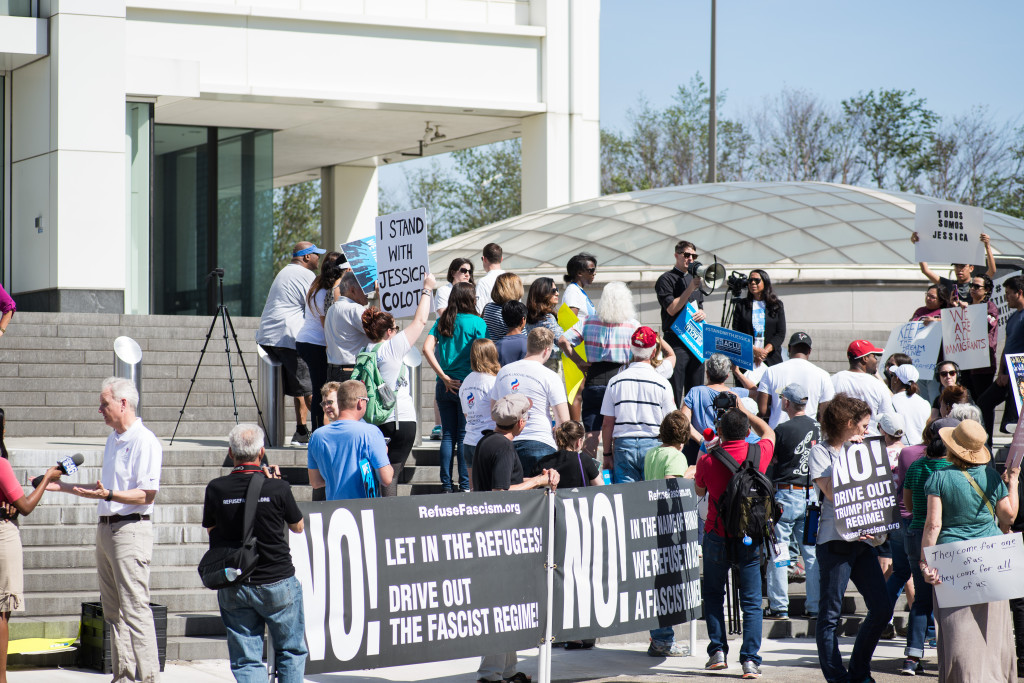 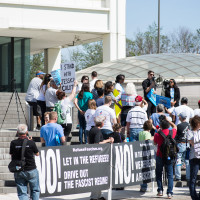 The crowd gathered at 10 a.m. Saturday at the Richard B. Russell Federal Building in downtown Atlanta
to voice their concerns and protest the legal action taken against Jessica Colotl. 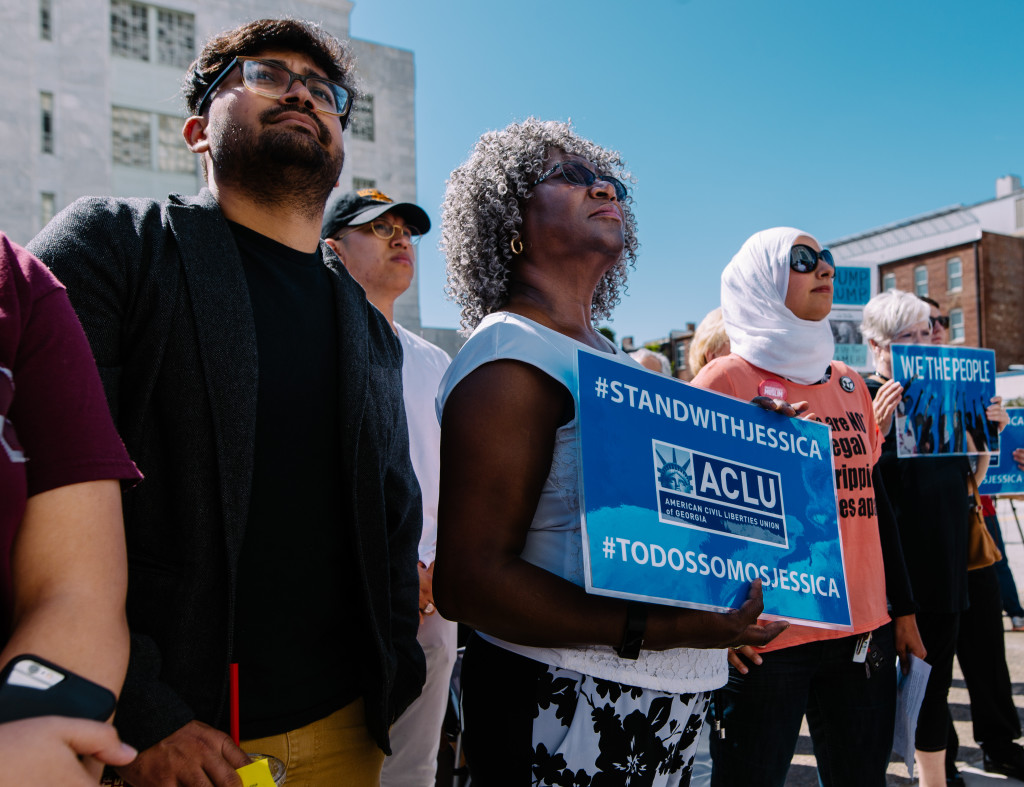 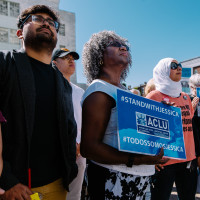 Protesters were holding “#STAND WITH JESSICA” signs to bring attention to her case. Her status under the Deferred Action for Childhood Arrivals program was revoked in May. 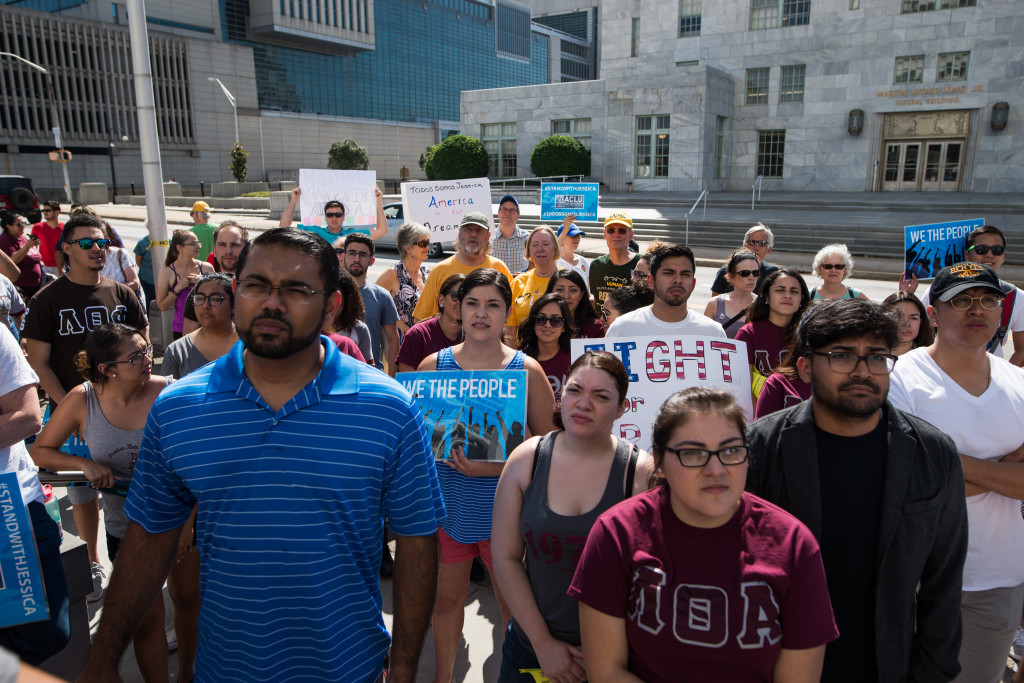 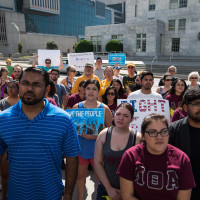 The crowd paid close attention to the speaker, who was describing injustices in the United States. 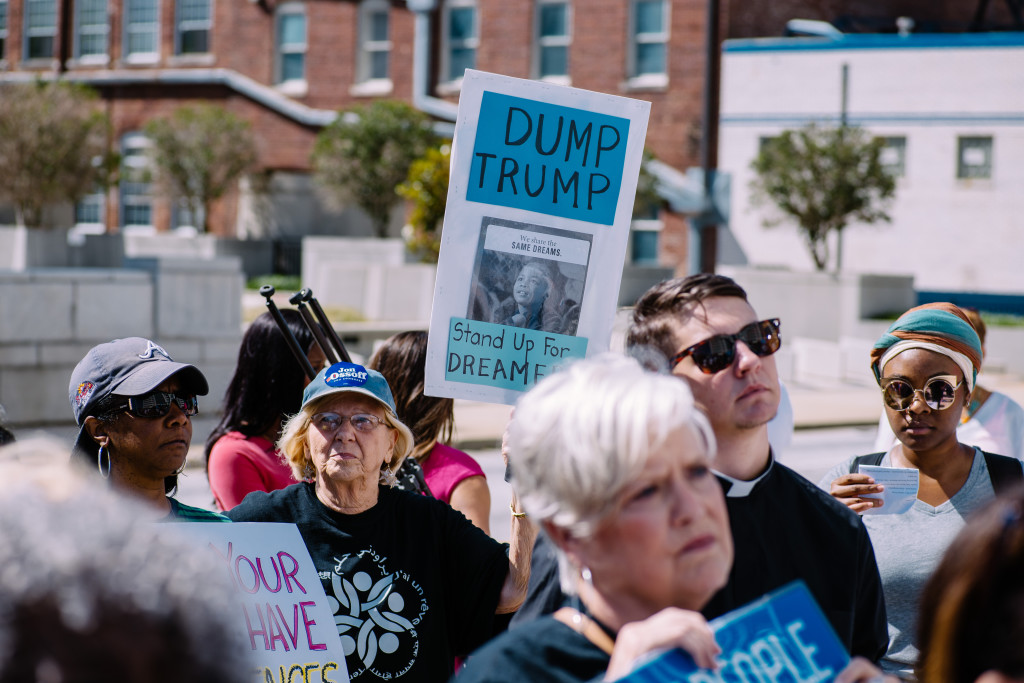 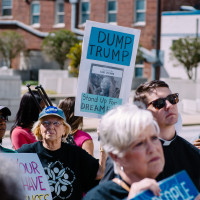 An elderly protester expressed her concern for Dreamers like Jessica Colotl. 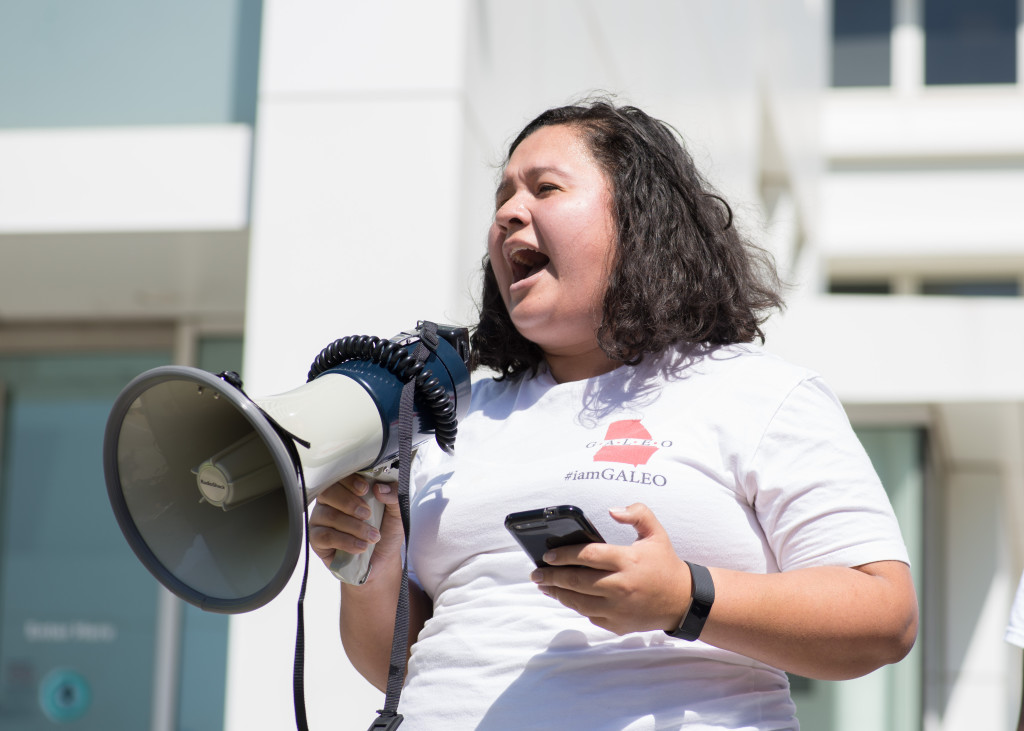 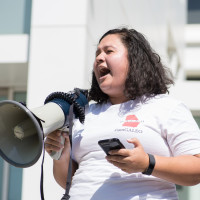 A representative of the Georgia Association of Latino Elected Officials expressed her concern about Jessica Colotl's immigration status. 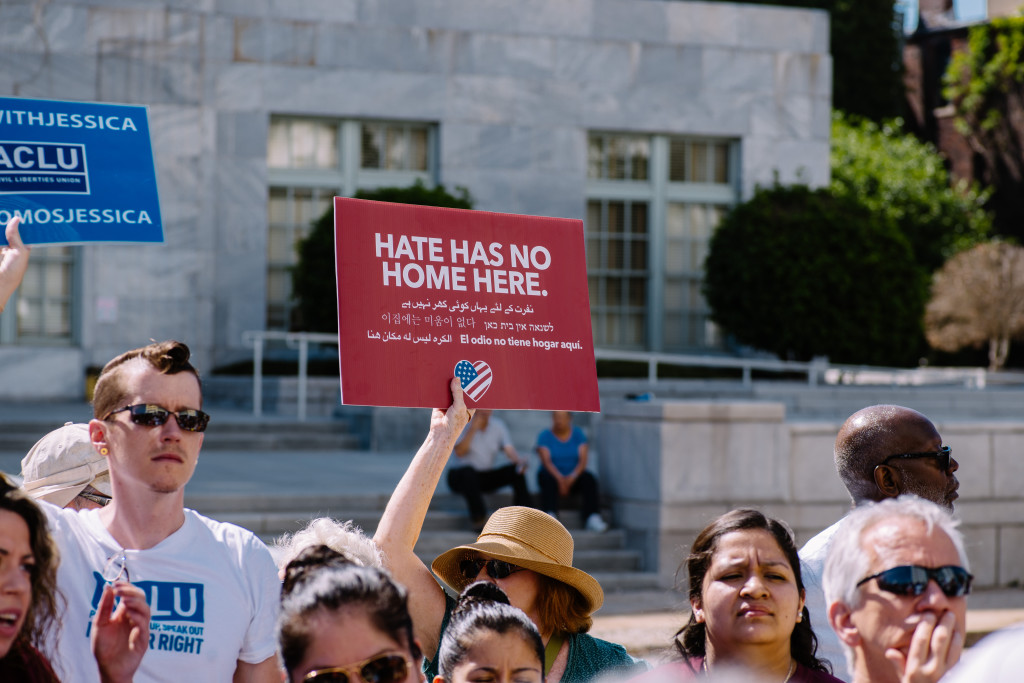 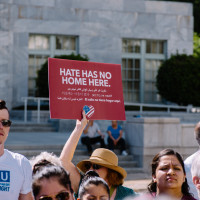 Protesters waved their signs in the 87-degree heat in Atlanta Saturday. 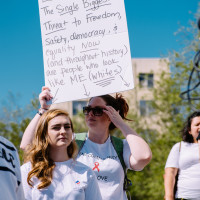 A protester displayed her homemade sign to the crowd. 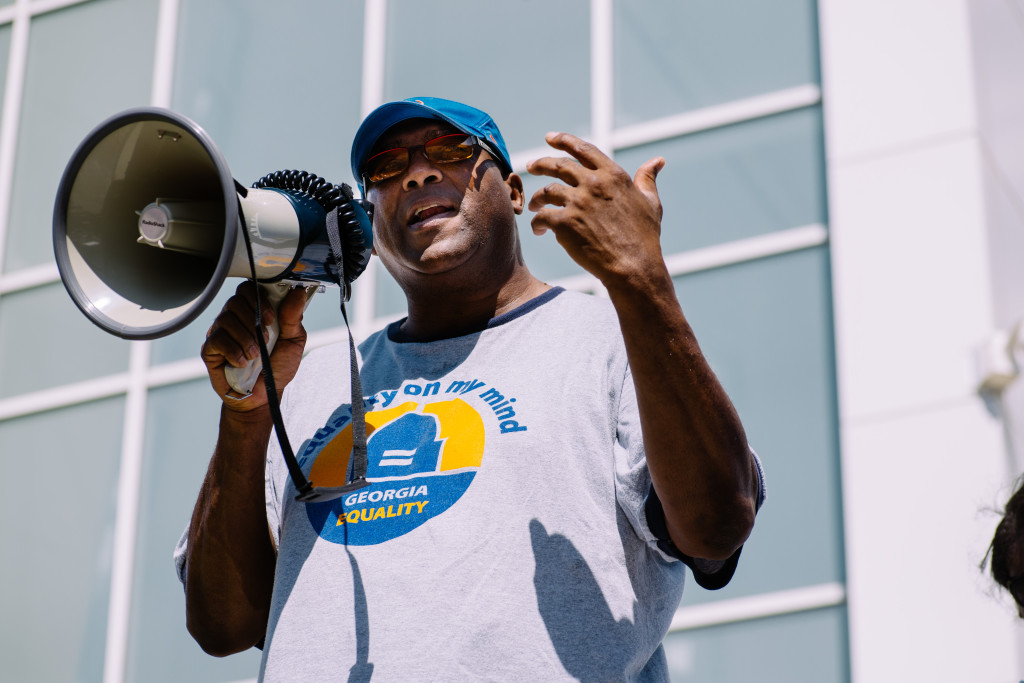 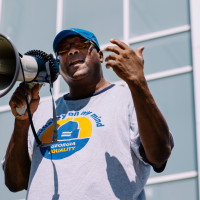 A representative of Georgia Equality was one of the speakers about the actions taken against Jessica Colotl. 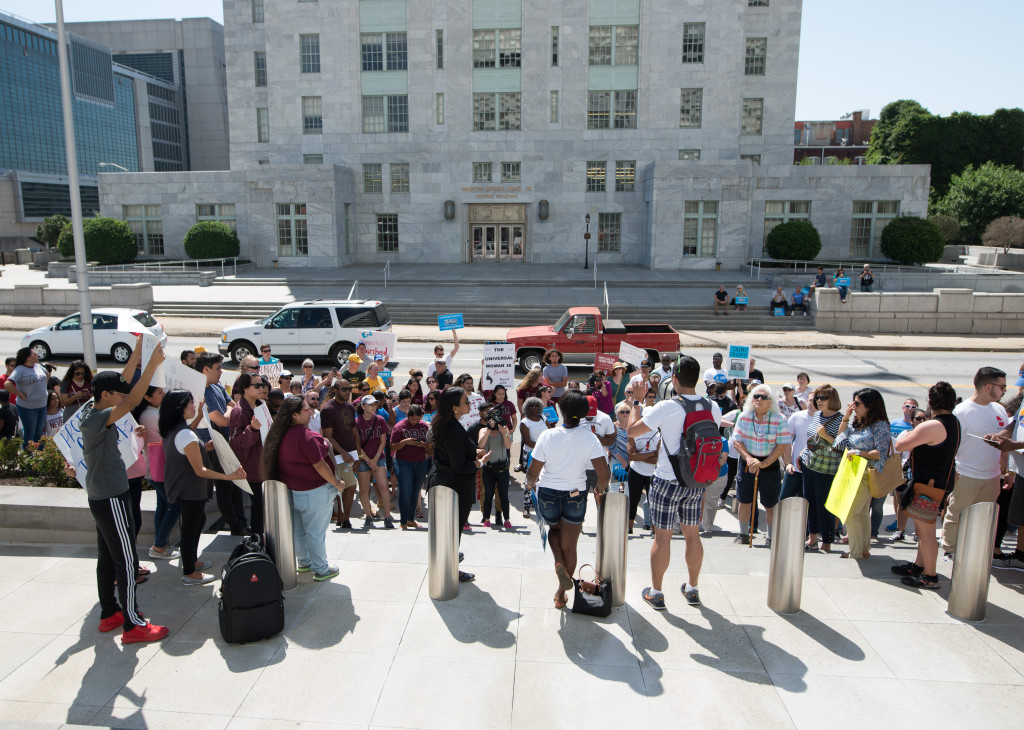 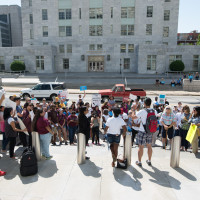 The crowd gathered in front of the Richard B. Russell Federal Building Saturday to protest against ICE immigration actions and stand with Jessica Colotl. 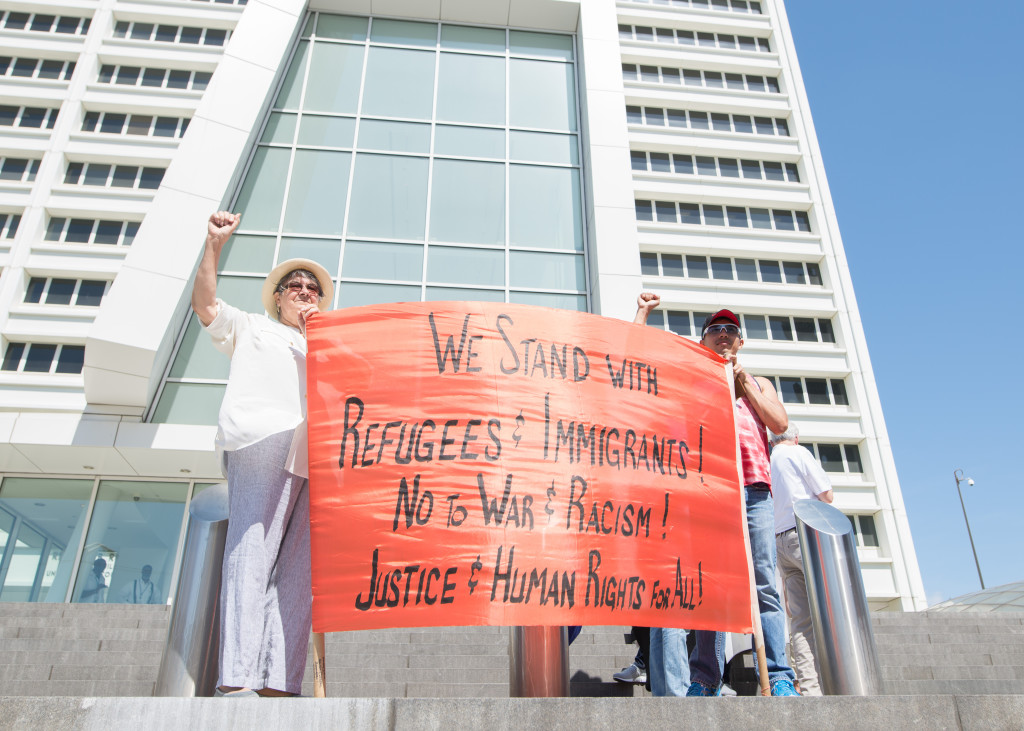 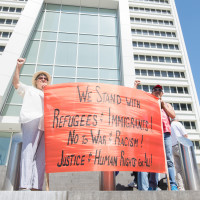 Two protesters gave the power sign as they held up their placard at the rally. 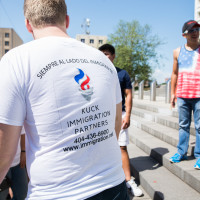 Kuck Immigration Partners, the law firm handling Jessica Colotl's case, was at the rally. Until recently, she worked at the firm as a paralegal.

Text and Photos by Ali Sardar

Her story made headlines in 2010 when she faced deportation as a 21-year-old undocumented student after being arrested for driving without a license. Since then Colotl received DACA status, graduated and went to work as a paralegal for Kuck Immigration Partners.

Colotl, 28, is challenging the decision in court. Organizers said she chose not to attend the rally, according to news reports.