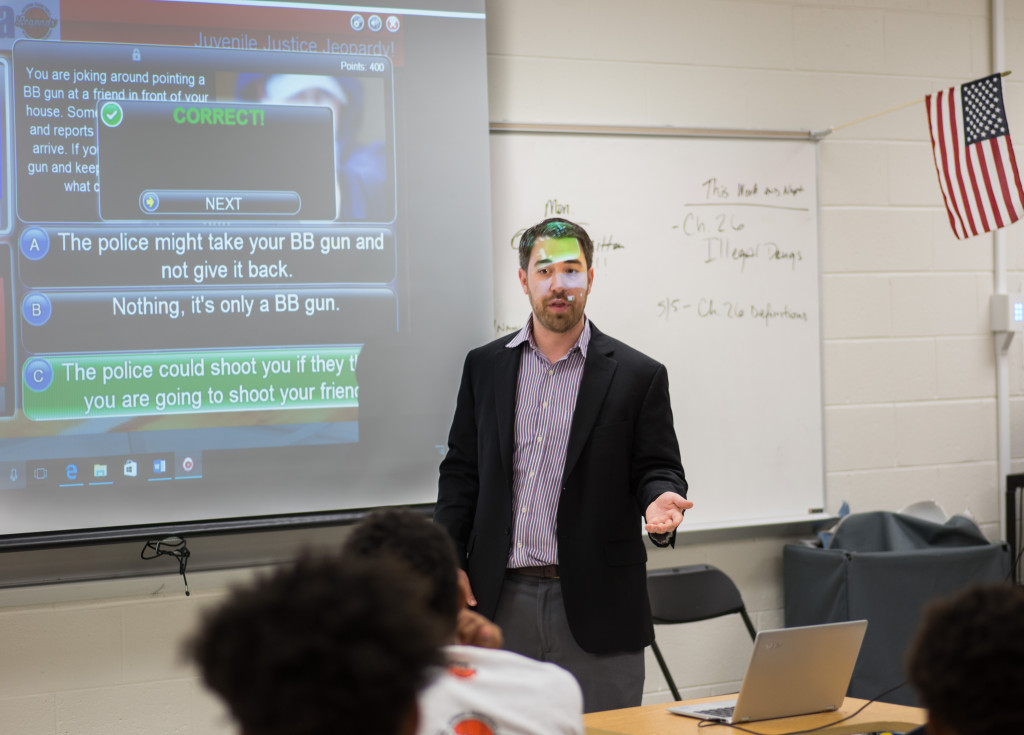 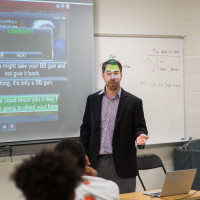 Steve O’Reilly, Strategies for Youth’s director of youth outreach program, explains to students what police officers are trained to do when they are called about a gun being pointed at someone. 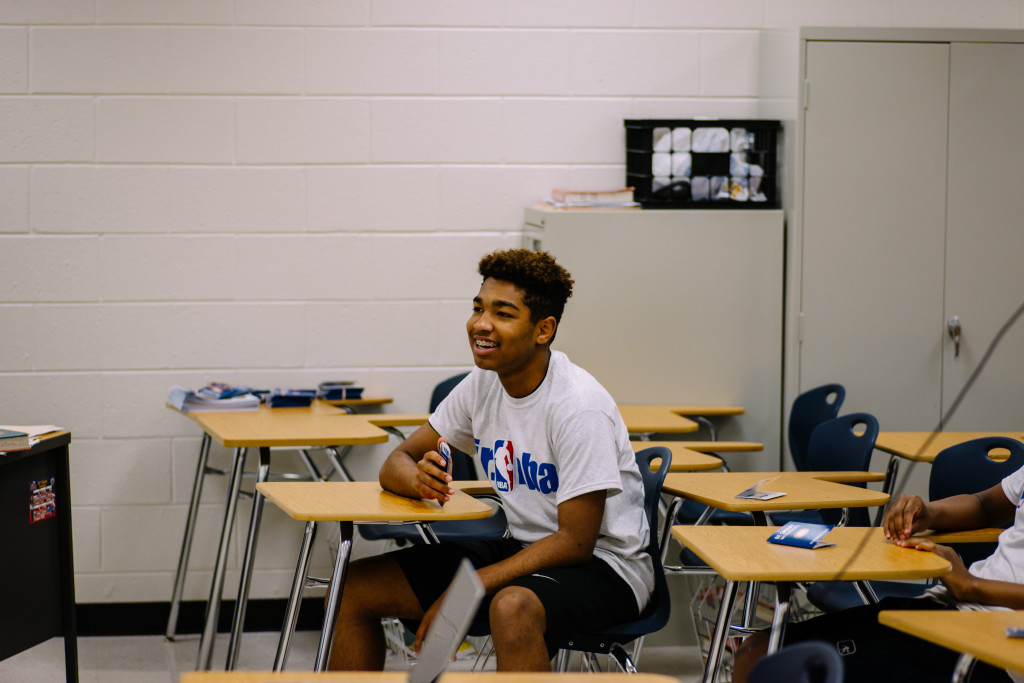 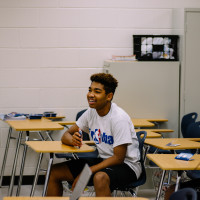 Student smiles in amusement at the scenario on the screen. 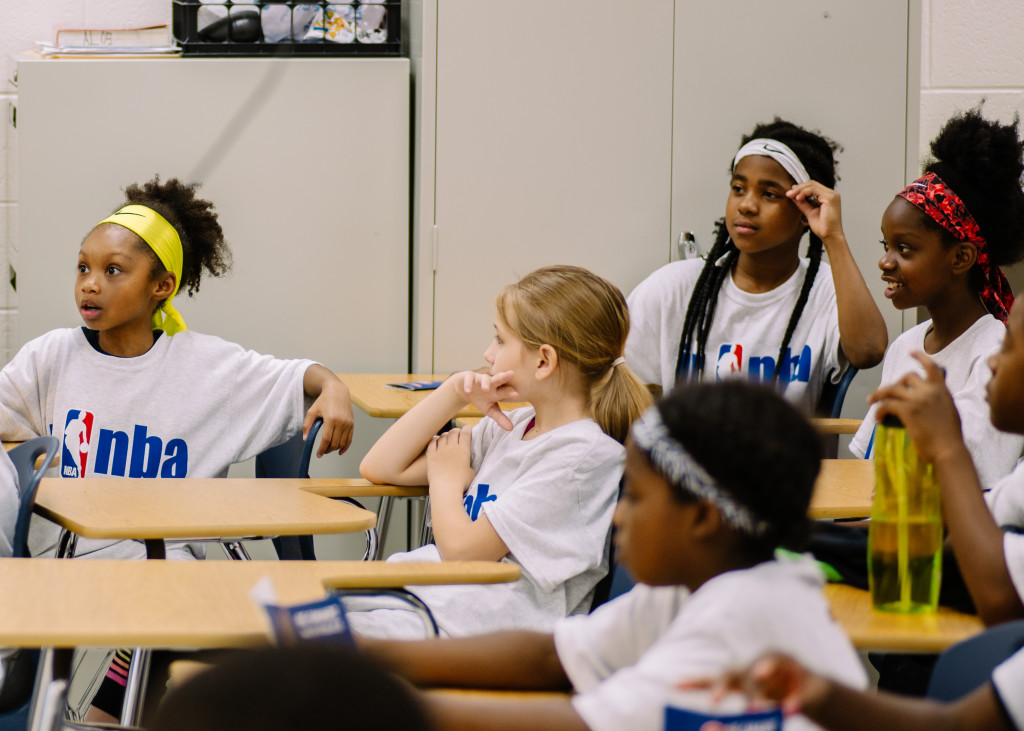 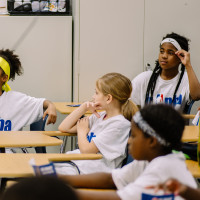 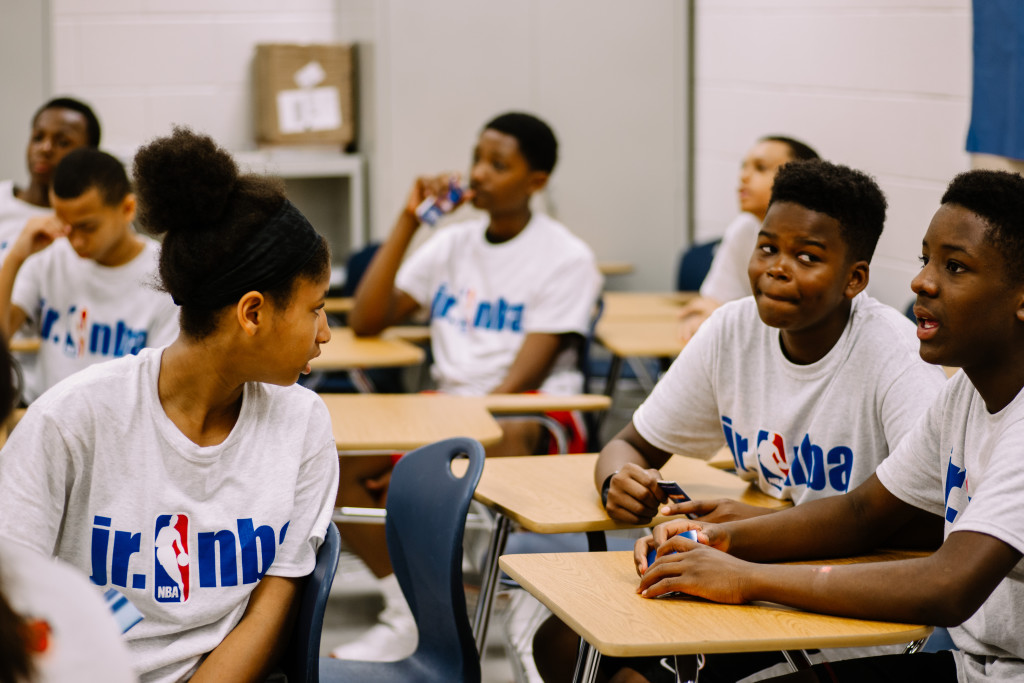 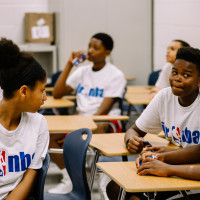 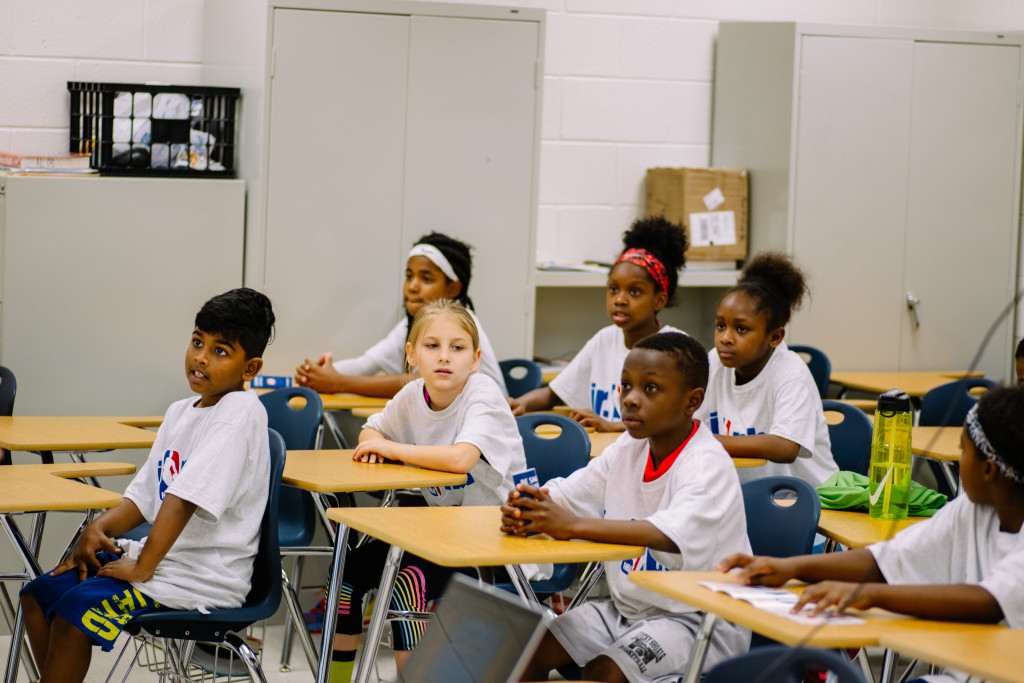 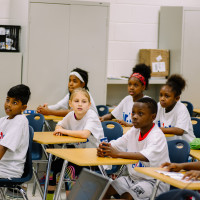 The youngest group of students are eager to see what the next scenario will be. 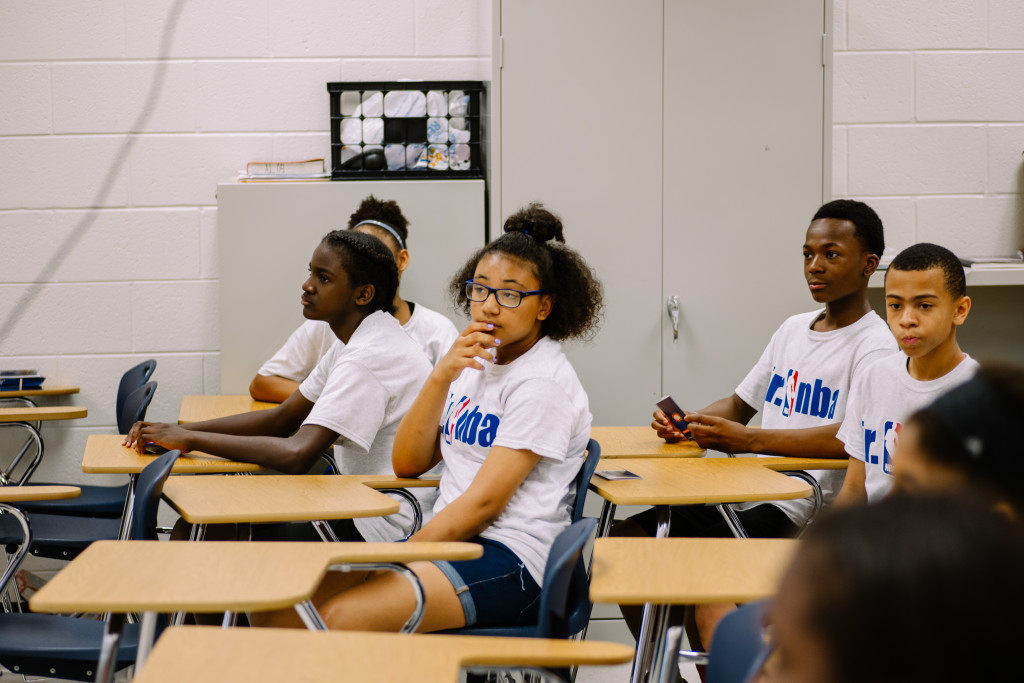 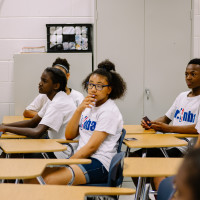 A student is ready to begin the next round. 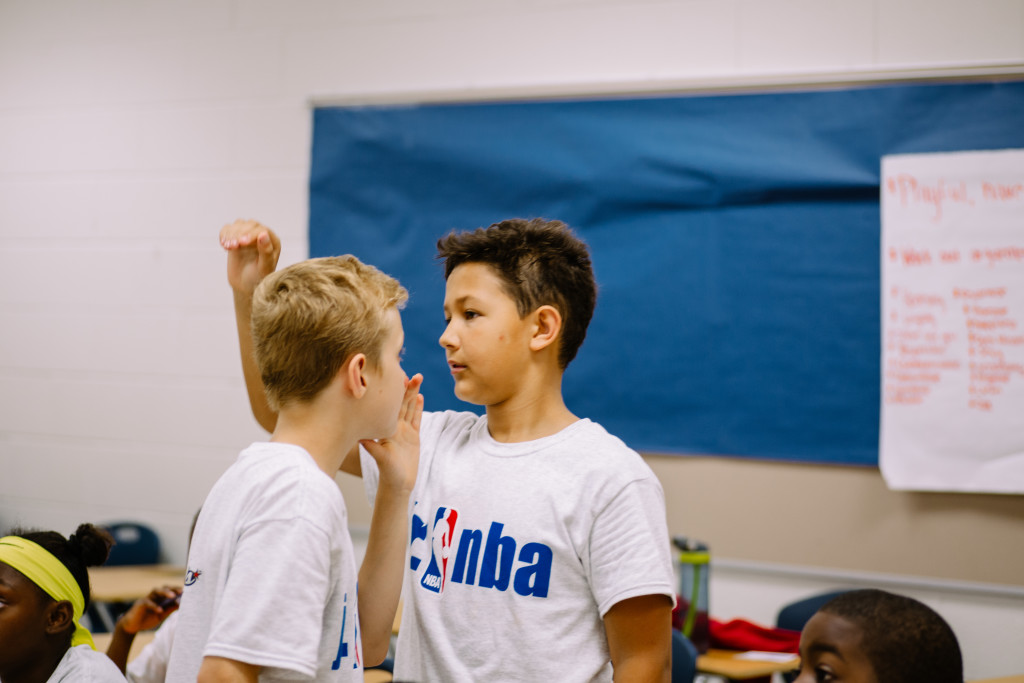 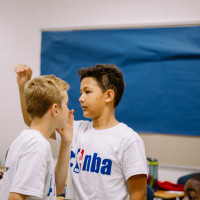 Two students are eager to quickly discuss and answer before time is up. 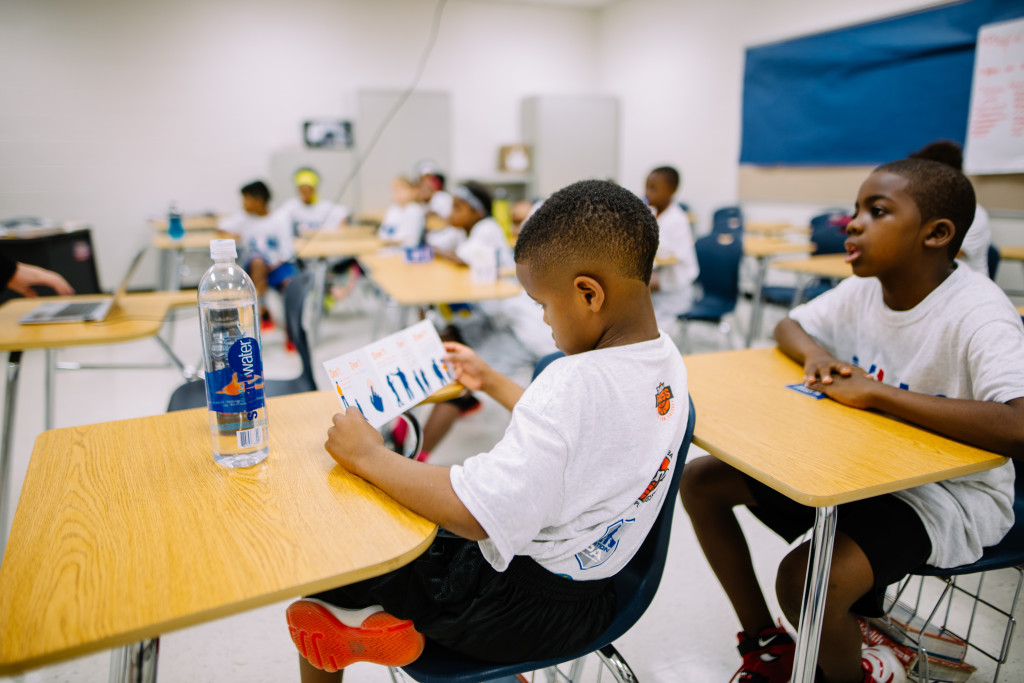 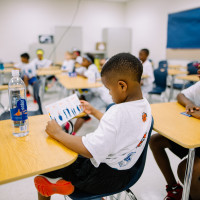 A student reads the pamphlet about what to do and what not to do when interacting with police officers. 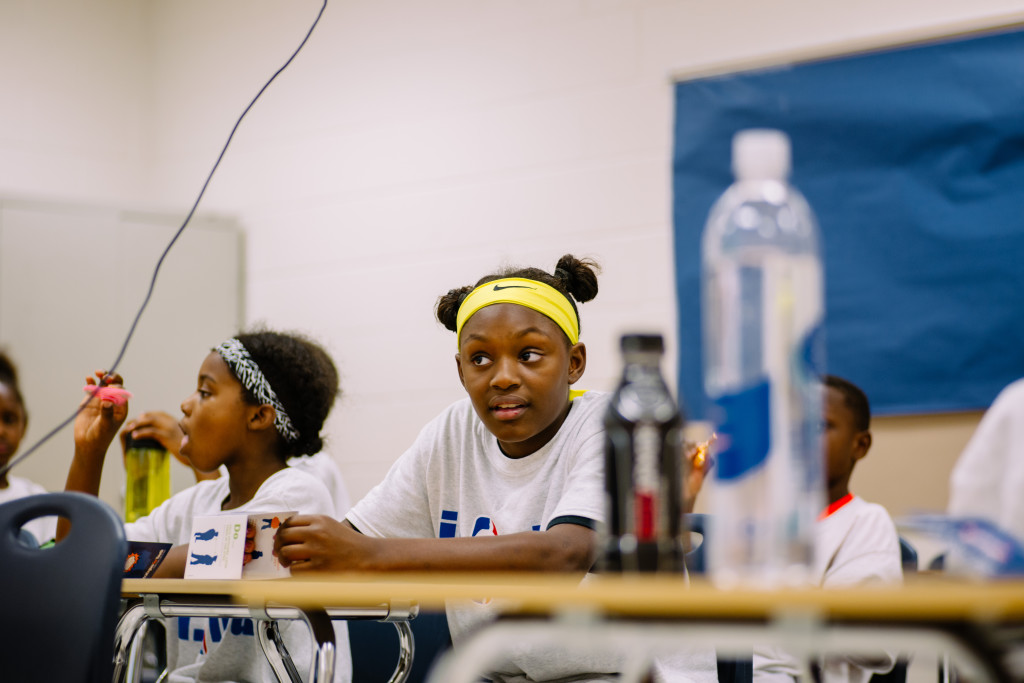 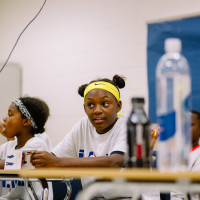 A student is surprised to see a scenario she could relate to. 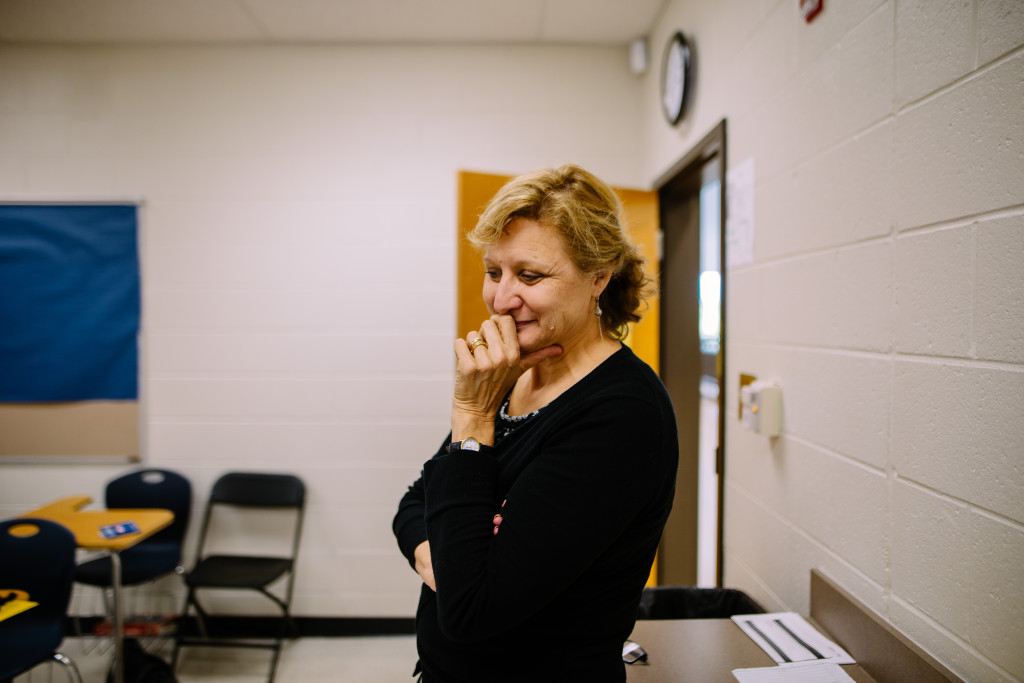 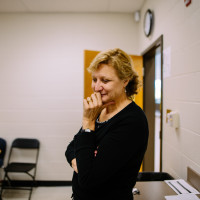 Lisa H. Thurau, Strategies for Youth’s executive director, spends a few moments after the program to explain its importance for the youth.

Text and Photos by Ali Sardar

Spending a Saturday morning in a classroom is not something most kids want to do. So why did 110 kids between 9 and 17 years old in Lawrenceville, Georgia, do that in mid-May?

They received basketball instruction from retired NBA stars and learned how to deal with police, tense situations and about Georgia law via Juvenile Justice Jeopardy.

“Young people are learning about the law, juvenile justice and police … from media, family and friends [and] it’s all wrong,” said Steve O’Reilly, staff attorney for Strategies for Youth, which originated the game and takes it on the road.

This is really a big discussion for young people to have “in disguise as a game,” he said. Strategies is a policy and training organization that works to improve relations between police and youth.

“We actually customize it to every locale,” said Lisa Thurau, executive director. “We are making this version of the game focus on recent events, such as where kids had BB guns and got shot.”

The event at this northeastern Atlanta suburb is the first time no police officers attended to participate that O’Reilly can recall.

The kids are divided into two teams that compete to reach the right answers first. O’Reilly also warms up and draws out teens who start out reserved or bored.

The youngest group, the 9- and 10-year-olds, are livelier and more active than the older groups. They are also far more educated on how to interact with a police officer. One says he had done this program two years ago, amazing Thurau.